This is a FREE concert! Seats are limited, reserve your spot today. The Soldiers’ Chorus, founded in 1957, is the vocal complement of the United States Army Field Band of Washington, DC. The 29–member mixed choral ensemble travels throughout the nation and abroad, performing as a separate component and in joint concerts with the Concert Band of the “Musical Ambassadors of the Army.” The chorus has performed in all fifty states, Canada, Mexico, India, the Far East, and throughout Europe, entertaining audiences of all ages. The musical backgrounds of Soldiers’ Chorus personnel range from opera and musical theatre to music education and vocal coaching; this diversity provides unique programming flexibility. In addition to presenting selections from the vast choral repertoire, Soldiers’ Chorus performances often include the music of Broadway, opera, barbershop quartet, and Americana. This versatility has earned the Soldiers’ Chorus an international reputation for presenting musical excellence and inspiring patriotism. Critics have acclaimed recent appearances with the Boston Pops, the Cincinnati Pops, and the Atlanta, Dallas, Detroit, Nashville, and National symphony orchestras. Other notable performances include four world fairs, American Choral Directors Association conferences, music educator conventions, Kennedy Center Honors Programs, the 750th anniversary of Berlin, and the rededication of the Statue of Liberty. Sponsored by: 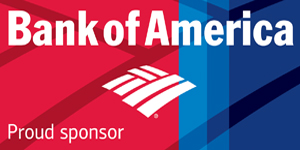 All sales final; no refunds or exchanges allowed. Artists, dates, times, prices, venues, subject to change. AGE RESTRICTIONS: Unless listed as a Family or Children’s event, most performances are intended for teens & adults. Some events are not appropriate for children under 18. We welcome children under the age of 3 or 4 years old for family entertainment, but we do not recommend they attend more mature offerings. Everyone, regardless of age, must have a ticket to enter the theatre.