Order for Guest
Your shopping cart is empty.
Shopping Cart

The health and safety of our valued patrons and staff is The Palace Theatre’s primary concern. At this time we are in the process of rescheduling all performance through April 30, 2020 – a date offered in Connecticut’s Governor Lamont’s Emergency Order for the prohibition of social or recreational gatherings in excess of 250 people The performance of "Five Days Four Nights" on Monday, March 23rd 2020 at 7pm has been postponed to a future date.  We will keep you posted on a new date as soon as it becomes available. If you are holding tickets purchased directly from The Palace Theatre box office, you will be contacted with the information specific to your individual performance. If you have purchased from a secondary seller, please contact that agency for information. Scripts on Tap is a reading of new works in development for both theatre and screen. Read by professional actors, these readings are the next step prior to mounting a full production of the work. Audience feedback becomes very important in the process. November 18th "Art of Happiness" a screenplay written by Laurie A. Guzda with George Strakosch Arthur Face, former pop idol, has lived a charmed existence for his entire life in Los Angeles. But after being scammed out of his money, all he has left is a small boarding house in the Pocono Mountains, in the quaint town of Happiness, PA. He and his three best friends of nearly 50 years decide rather than live alone; they will open an Inn together and enjoy the benefits of communal living. Art of Happiness is about friendship, farming and life outside of LA. Laurie A. Guzda is a Storytelling Artist through: writing, performance, photography, art, and interactive experience. She is the Creative Director for LAGuzda Creative Arts & Services specializing in branding and PR.  January 27th "Taming the Lion" a play written by Jack Rushen Taming the Lion is the true story of the contentious relationship between movie mogul Louis B. Mayer, and William Haines, the first openly gay actor in the studio system in 1930 Jack is a two-time winner of the Julie Harris Playwriting award for his plays IMAGE and TAMING THE LION. Recently, his short play, TESTIMONIAL won first place in the "Standing ovation awards" and was soon published by Smith & Kraus in "The Best Short Plays of 2019."  March 23rd "Five Days Four Nights" a play written by Fran Dorf FIVE DAYS FOUR NIGHTS is an emotionally charged drama about two unraveling marriages, two vulnerable people, and a potentially life changing affair.  A play about love and longing, trauma and grief, and the human capacity for empathy, healing and reconciliation.   Fran Dorf is author of three acclaimed novels, many published essays, articles, poetry, and recently screenplays and prize-winning plays.  Reviewers, readers, and audiences have called Fran's work “stunning and spellbinding,” “fascinating,”  "fiercely compelling,” “searing” and “poignant." May 18th, "F Theory" a play written by Meg Loughran and Alexandra Trow Two best girlfriends move to New York and order lots of takeout. One falls in love. One gets her PhD. One writes a book. Those were all the same one. The other is so great though! Just give her time. Plenty of time. A little more time? Marianne’s PhD research on the science behind friendship-bonds illuminates for both her and Ellie that “friend love” is no less complicated than “love love.” But only one of them wonders if “friend love” even exists.

Megan Loughran is an actor, singer, and writer based in New York City. As a performer, she recently toured with the Lincoln Center Broadway production of Falsettos. Graduate of Yale University. Alex Trow is a New York-based actor, writer, and director. Her play Flamingo was the winner of Sanguine Theater Co.'s Project Playwright, and she is a co-founder of Little Crush Films, which produced her first short film, Bless This Mess. Alex is from Colorado, and went to Yale for her BA and MFA Scripts on Tap is in partnership with Half Full Brewery 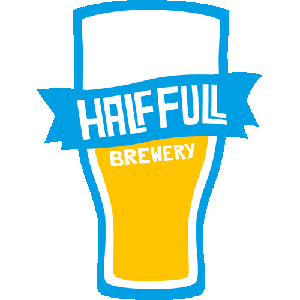 CLICK HERE to Purchase Tickets to all Four Scripts on Tap shows! *Additional fees added at checkout All sales final; no refunds or exchanges allowed. Artists, dates, times, prices, venues, subject to change. AGE RESTRICTIONS: Unless listed as a Family or Children’s event, most performances are intended for teens & adults. Some events are not appropriate for children under 18. We welcome children under the age of 3 or 4 years old for family entertainment, but we do not recommend they attend more mature offerings. All children who have reached their first birthday require a ticket.